I’m not sure who reads this anymore, since I stopped blogging years ago. I’ve been working on my book for the last 12 months, so blogging was the last thing I wanted to do. This is my third blogging platform. I started blogging 12 years ago when I launched my muscle fetish membership website. I’d write almost every day about everything from recovery (even though I was half-assing it- I was not drinking, but I was still taking pain pills), to my fights with my then boyfriend Bubba, to my encounters while sessioning. I found it relatively therapeutic.

My second blog was an attempt to rediscover myself and create a new brand called Konfidence by Kortney. For those of you who have been following me forever, you’d recall that shitty tattoo I have above my belt line on my back. Anyway- the idea was I’d blog and post videos on how to with recipes, workouts, and other miscellaneous shit. That didn’t go so well because I didn’t have a videographer nor the patience to teach myself video editing.

Fast forward to today, and I simply cannot be bothered. When I started blogging, it was for the sole purposes of helping others, with no knowledge as to how to build a funnel. Now that I have shit to sell, I know I’m supposed to be blogging, sending this out as an email preview, asking you to click some kind of link, followed by some more shit I clearly still don’t know how to use. I’ve started so many blogs this year and then never finished them. In fact, I’m thinking of not finishing this one either. Like do any of you actually give a fuck to read what I’m doing on a daily basis?

I’ve been locked away in a hotel room for 9 days straight with my husband. We came back to Australia so he could see his daughter. Two days after being here, my thyroid really shit the bed, and I had to be taken by ambulance to the emergency room. I’m back on medication (Graves disease- all from having breast implants0 I believe…In fact that’s one of the blogs I started Feb 2019 that I never finished lol) and seem to be doing much better, but because I’m on beta blockers now, I’m tired. Clearly my mood is a bit dismal.

With all that being said, I’ve decided to start blogging again since there is SO much material I have that is supplemental to my book which releases Jan 11th.

I hope this finds you well and I hope you enjoy the journey with me into 2021 as we hangout together virtually.

Hi Fam I’m not sure who reads this anymore, since I stopped blogging years ago. I’ve been working on my book for the last 12 months, so blogging was the … 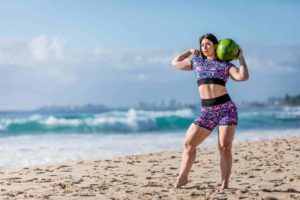