Y’all! I don’t even know what to say right now. As most of you know, I’ve been struggling with Graves disease since I was diagnosed in May 2017. If you read my last blog post regarding my experience with it all, you’ll soon see how the story I’m about to tell you would have a massive impact on me.

I don’t know about you, but I’m right into alternative healing. After being introduced to subconscious psychology by “Tony” from Lesson 17 of my book (if you haven’t yet bought my addiction memoir, Crushing It- what are you doing with your life!), I know that the world is not what we think it is. I truly understand now (well, kinda… this stuff is still hard for me to wrap my head around) that all we are is energy, and that everything has a frequency.

I’ve had a lot of sessions with psychics, Theta, EFT, and hypnosis practitioners before. I’ve taken a NLP course, am a Master Facilitator in Psych-K®, and have read books by people like Bruce Lipton and Dr Joe Dispenza. So I semi understand that everything in the universe is connected. The old paradigm developed by Sir Isaac Newton where cause and effect is paramount, is starting to fall away because quantum mechanics is stepping in. Long of the short of it, is I guess you need an open-mind to take this stuff on board. If you’re too young to have watched the movie ‘The Matrix’, highly recommend you do that (like, yesterday).

So this amazing woman who I’ll leave as a mystery (sadly, a lot of professionals fly under the radar in this line of work for fear of being shut down by the authorities, and in a lot of cases, even killed!), took a piece of my hair, stuck it in a ziplock bag, and placed it in this machine. 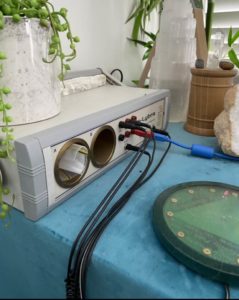 Shortly after doing so, this machine was transcribing onto a computer screen with a bunch of gibberish, along with my unique “genetic sequence code” from my DNA. Ok, cool?

Then the machine/computer starts running various programs to ‘tune into’ various systems in my body- from checking my core limiting beliefs as a child (all stuff I talked about in my book, lol) all the way to checking my blood and endocrine system.  The beliefs were spot on (going through those would be a whole separate blog post), and it seemed like the surface level programs running were finding a variety of things that needed fixing. Then when it got to my thyroid (which is linked to my Graves disease), evidently it found a parasite 6 layers deep! This wonderful woman got very excited and said, “we’re going to get this bastard!”.

As I watched the program detect things that shouldn’t be in my system, it started writing new codes to fix the problem energetically (this is the part I have no clue how to explain!) 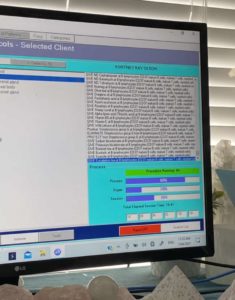 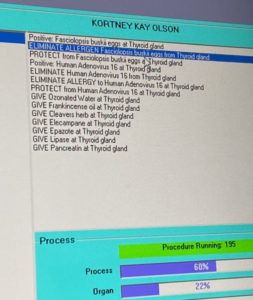 The woman explained that we get a lot of parasites in our bodies and although you can kill them, they’ll often lay eggs and breed 20,000 more. Gross! After being there for close to 3 hours, I said goodbye, and went home to finish some work. I didn’t feel much different, but a few hours later I started feeling really happy. Something I hadn’t felt for a long time- in fact, I could recall the last two days in 5 years that I actually felt joyful. Once in April 2016 while living in Thailand, and once in April 2020 when in lockdown. Pretty shit if ya ask me! We should be experiencing joy way more frequently than twice in 4 years.

Noticing that I was feeling relatively happy, I went about my evening until the iphone ding sound went off, indicating I had a new text message (bitch who are we kidding- that sound goes off all day lol). It was the woman stating that she had just finished running the program to kill off the parasite! I thought it was a bit too coincidental that I should be feeling joyful at that moment, so I decided to google what the actual f**k this parasite was.  I couldn’t believe what I’d found:

This parasite is found in South and East Asia- basically where I was living when I developed Graves disease! The next morning when I woke up, I had a new zest for life (this was day before yesterday). For the first time in years, I felt like I could speak freely, without having to reach for my words, and without having any waves of anxiety. I also noticed that the cherry pit feeling in my throat had diminished immensely, and that I was full of energy.

Long of the short of it, the woman has been running more programs on me today (because once you have your DNA sequence in the machine, she can work on you from anywhere in the world)- and even sent some screen shots that this goddamn machine picked up that I had been taking progesterone and testosterone last year! As you probably read in my thyroid blog, that in desperation I visited a HRT (hormone replacement therapy) clinic hoping that it would solve my insomnia issue and mood swings. Which clearly it didn’t.

So at this stage, I’m getting my blood work done in a week’s time and will report back on whether or not my thyroid anti-bodies have come down. As this will be the absolute rock solid evidence proving that this has worked.

Kortney Olson is a visionary powerhouse who is making her mark to create a world where women are free from all forms of self-harm. Kortney is the Originator of the not-for-profit organisation, Kamp Konfidence, which is a prevention-based wellness experience for teenage girls aged 14-17 that has taken the country of Australia by storm. The Kamp Konfidence team are on a mission to teach the habits, principles and lessons that aid the development of self love, all in a non-judgemental, fun and friendly environment.

Kortney’s proudest accomplishment is being crowned as “The woman with the world’s deadliest thighs” by Stan Lee, creator of Marvel Comics, after she appeared on an episode of Superhumans where she demonstrated her leg strength by smashing watermelons between her thighs, exerting 3 times the crush force of a reticulated python, and knocking out a professional MMA fighter.

“I have this unshakeable belief that if the female energy isn’t united, lifted up and emancipated globally, our chances of survival as a human race are slim to none. How can we focus on be our best when we’re busy fearing we look our worst?”

Kortney loves dogs, plays golf, and likes to leave the toilet seat up after using the men’s restroom. She’s also certified as a Laughter Yoga instructor and a Psych-K Facilitator, with the aim to empower and inspire people to seek natural wellness.

Hi Fam! Thought I’d give you an update on where I’m at with my thyroid. My last blood test has proven that my thyroid is now “in balance”, with my … 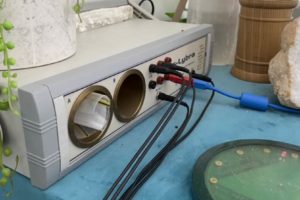 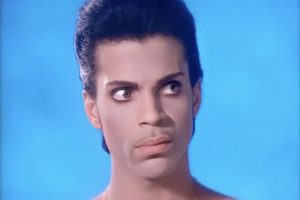